Each month brings more and more resolved cases for inactivity or a lengthy residence permit proceedings.

As many of you know from official statistics (see previous articles) or your own experience, it usually takes around 12 months (in many cases more then 2 years) to receive residence permit decision.

Some of you have already decided to start a complaint procedure before administrative court to speed your case up and receive due financial compensation from Urząd Wojewódzki.

What are the results of such proceedings and how does the court see your cases?

From the Judgment of the Provincial Administrative Court in Wrocław from April 12th 2019, case number: III SAB/Wr 11/19

“The attitude of the authority [Wojewoda/Urząd Wojewódzki], which for 8 months did not even undertake preliminary activities related to the examination of the application [for residence permit], and took the first steps in the case only after the applicant’s intervention justifies the claim that the lengthiness of the authority in conducting the proceedings should be considered as a gross violation of law, which should be understood as obvious breach of an obligation arising from legal provisions. (…) In this context, according to the Court, the glaring nature of inaction and the length of the proceedings should be assessed as a premise for the Court to award the party a sum of money (PLN 3,000) on the basis of the abovementioned provision [as well as return of any proceeding costs].”

“The first action in the case – a call to complete the documentation and information about the new date of completion of the proceedings, the authority [Wojewoda/Urząd Wojewódzki] took one month after receipt of the application. (…) as is apparent from the case file, the authority (…) for a month – and thus the time provided as the basic deadline for the end of the proceedings – did not take any other action. In any case the authority has no right to assume, that until the end of a month or two months, it has the right not to take any action and not to deal with the party’s application (…) [The first letter] was therefore sent to the party after the expiry of the basic deadline for settling the case, and the additional [deadline] set for it was set with a date 3 months away, i.e. exceeding the deadlines specified in art. 35 of the Code of Administrative Procedure.

(…) In the Court’s opinion, the fact that the authority did not undertake any procedural steps aimed at settling the party’s request until receipt of a reminder and later lodging a complaint, is not justified. Thus, there is no doubt that the foreigner’s application was not dealt with within the time limit provided for by law (…), as well as that a new deadline was set twice for a distant date, also well beyond the statutory deadlines. (…) without settling the case for almost the remaining 11 months (…), the authority was unable to settle the case due to the sluggish undertaking of further explanatory actions and long, unjustified periods of breaks in active conduct of proceedings. (…) In this context, according to the Court, the glaring nature of inaction should be assessed as a condition for the sum awarded to the applicant by the Court of money (PLN 2,000) on the basis of the above provision [as well as return of any proceeding costs].”

Judgment of the Provincial Administrative Court in Wrocław from May 8th 2019, case number: IV SAB/Wr 33/19

“Inactivity in examining the application should be considered as a gross violation of law, because the authority informed that it will recognize the application within 2 months, but for next 5 months not only did not deal with the application, but also did not even explain, nor inform why the case is delayed.”

“The shortage of staff and the large number of cases requiring an administrative decision cannot be considered as a justification for the delay in examining these cases. These circumstances are related to the authority’s failure to exercise due diligence in providing sufficient staff to ensure timely handling of administrative matters and proper organization of administrative proceedings, including the enforcement of obligations from employees in such a time that the decision to terminate the proceedings conducted by the authority takes place within a reasonable time. (…) The Court awarded a compensation of PLN 2.136 as well as return of any proceeding costs.“

“Organizational problems of the authority [Wojewoda] may not result in negative consequences for a party and affect its right to have a case resolved without undue delay, as proceedings should be conducted in a thorough and rapid manner.”

“For the assessment of the validity of an inactivity complaint, it is irrelevant for what reason the act was not taken or the act was carried out, especially whether the inaction was caused by the culpable or justified delay of the authority or whether the authority is convicted that the relevant act or the operation should not be issued/carried out at all.”

As I have already mentioned in previous articles, the amount of compensation granted by the court depends on the details of your case and how well are you represented before administrative court.

Would you like to know more? Do you want to speed up your case and get due compensation?

Feel free to contact us and take advantage of our services.

All above judgements has been translated by the author of this post and with the whole article content is subject to his intellectual rights.

2 thoughts on “Judgements of Polish courts leave no doubt: long residence permit proceedings are a violation of Polish law. Foreigners are entitled to a compensation.” 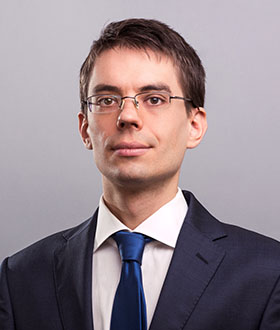